Download the classic and original Dota 1 (Defense of the Ancient) and play it using your computer or laptop. You can play it without the internet connection via LAN connection with your friends. If you are alone, you can still play against computer or AI. The download file is already a full version of the game. No need to crack or input serial number, just extract and play.
Table of Contents:
✅ Extract zip file
✅ Play the game
See sample screenshots below for the DotA 1 download.
👉 Taverns screenshots.

✅ After downloading, extract the 3 zip files. Password is AMAPGM. 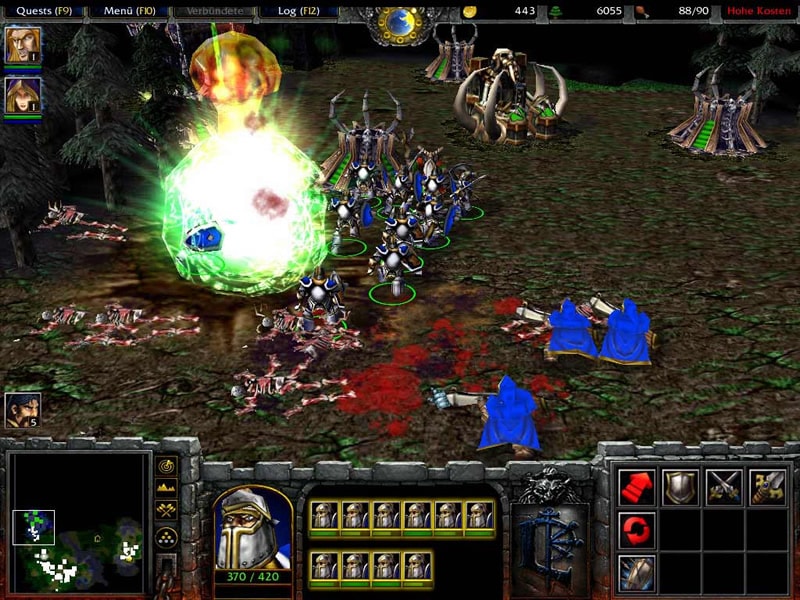 ✅ After extracting open the folder and find the Frozen Throne III.exe
✅ Start the game. Note: We do not own the files we are sharing here. If it is deleted by the owner, please comment below and we will try to find new download links available if there is any.

PLEASE COMMENT BELOW IF THE LINKS ARE BROKEN SO THAT WE CAN UPDATE IT IMMEDIATELY.

Warcraft III: The Frozen Throne is a real-time strategy game developed by Blizzard Entertainment. It is also an expansion pack to Warcraft III: Reign of Chaos as it continues the events after the main game’s ending. While the game is played as a single-player, you will play three characters - the Night Elf warden Maiev Shadowsong, the Blood Elf prince Kael'Thas, and Arthas Menethil. The game also adds on new units, buildings, and heroes per faction as well as two new auxiliary races, and five neutral heroes. You will also notice features not present in RoC are reintroduced in TFT such as sea units and a battle.net-powered multiplayer.

Warcraft III: The Frozen Throne has two single-player campaigns: Alliance and Scourge. The Alliance campaign follows the leader of the blood elves, Prince Kael'thas, and his group of high elves that have survived the invasion of Quel'Thalas by the Scourge. They had offered to help the Alliance but they were eventually imprisoned by Lord Garithos, a Human knight. Eventually, you and your elves will be saved by Lady Vashj and the Naga. As you progress, you will need to prepare to fend off Maiev and gain the allegiance of the native Dranei.

The Scourge Campaign, on the other hand, takes place in the blighted lands of Lordaeron also known as the Plaguelands. A civil war is taking place within the Scourge where the three major factions - Arthas, Kel’Thuzad, and the Forsaken - have been splintered. The campaign switches between the journey of Arthas to Northrend. There, he will assist the Lich King and Sylvanas’ war against the Dreadlords. Your goal will be to take control of the Plaguelands. By taking control of the Lordaeron, you will ascend to the Frozen Throne and become one with the Lich King.

A bonus campaign called The Founding of Durotar is also available for you to play. It separates itself from the other campaigns as it follows the Beastmaster, Rexxar, as he is defending the orcs. You must create a new home for them in Durotar to keep them safe from their enemies. Access to other regions will still be possible as all the maps are interconnected. In various locations, you will find the orc fortress city of Orgrimmar and the human city in Theramore Isles.

Warcraft III: The Frozen Throne is a lightweight strategy game that avid gamers can enjoy on any commercial laptop. Both the requirements for hard disk space and RAM do not exceed one gigabyte yet the game is packed with features and storylines you can follow if you enjoy both fantasy and action.